DAY 8: ODIN AND THE TREE OF KNOWLEDGE

Today’s the last day on Route 1.  We traveled southwest of Selfoss to find Snaefoksstadir Forest #11.  The country is flat and the tiny forest stood out – right off the main road.  It’s a modest 2-3 acre forest with a couple of picnic tables and surrounded by farm land.

At Stokkseyri I found another inverted tree in front of a house.  The tree trunk is buried into the ground with its roots in the air – roots simulating branches.  The inverted tree has its origins in pre-Christian Iceland.  It may have something to do with Odin (chief Norse god) self sacrificing by hanging himself upside down on an ash tree to gain “ultimate mystic knowledge”.  Christian interpretation: it’s the tree of knowledge (of good and evil) and also symbolizing man burying his head into materialism.   The inverted tree adds folk lore and mystery to the landscape.

We’re only 35 miles from Reykjavik and road traffic has picked up considerably.  On  our way to Gullfoss waterfall we made a stop at Kerid crater, a perfect cone shape volcano with a small blue water lake in the center - very scenic.   And we stopped off at the “Great Geysir”.   Due to the overwhelming number of tourist we decided to head to Gullfoss waterfall.

Gullfoss waterfall is a spectacular favorite among tourist.  It’s not the most powerful (Dettifoss has that honor) but it certainly is the most dramatic and beautiful. The river has cut two cascades into the volcanic rock at ninety degree angles.  After the second cascade the water seems to disappear into a deep gorge.

Unfortunately, it was so late in the day and we had to get the Hertz car back we skipped Pingvellier National Park, a site of great historical, cultural and geological significance to Iceland.

Posted by Stivers and Associates at 1:41 PM No comments:

We woke up this morning to the news that Bardarbunga, a volcano under the Vatnajokull glacier, 45 miles north of Hof, is a rumbling.  Tempting fate we back tracked 25 miles to Jokulsarion Ice Lagoon at the south foot of Vatnajokull.  When we left Hof it was a cool 48 degrees Fahrenheit, at the Ice Lagoon it was 36 degrees with gale force winds, very exhilarating! 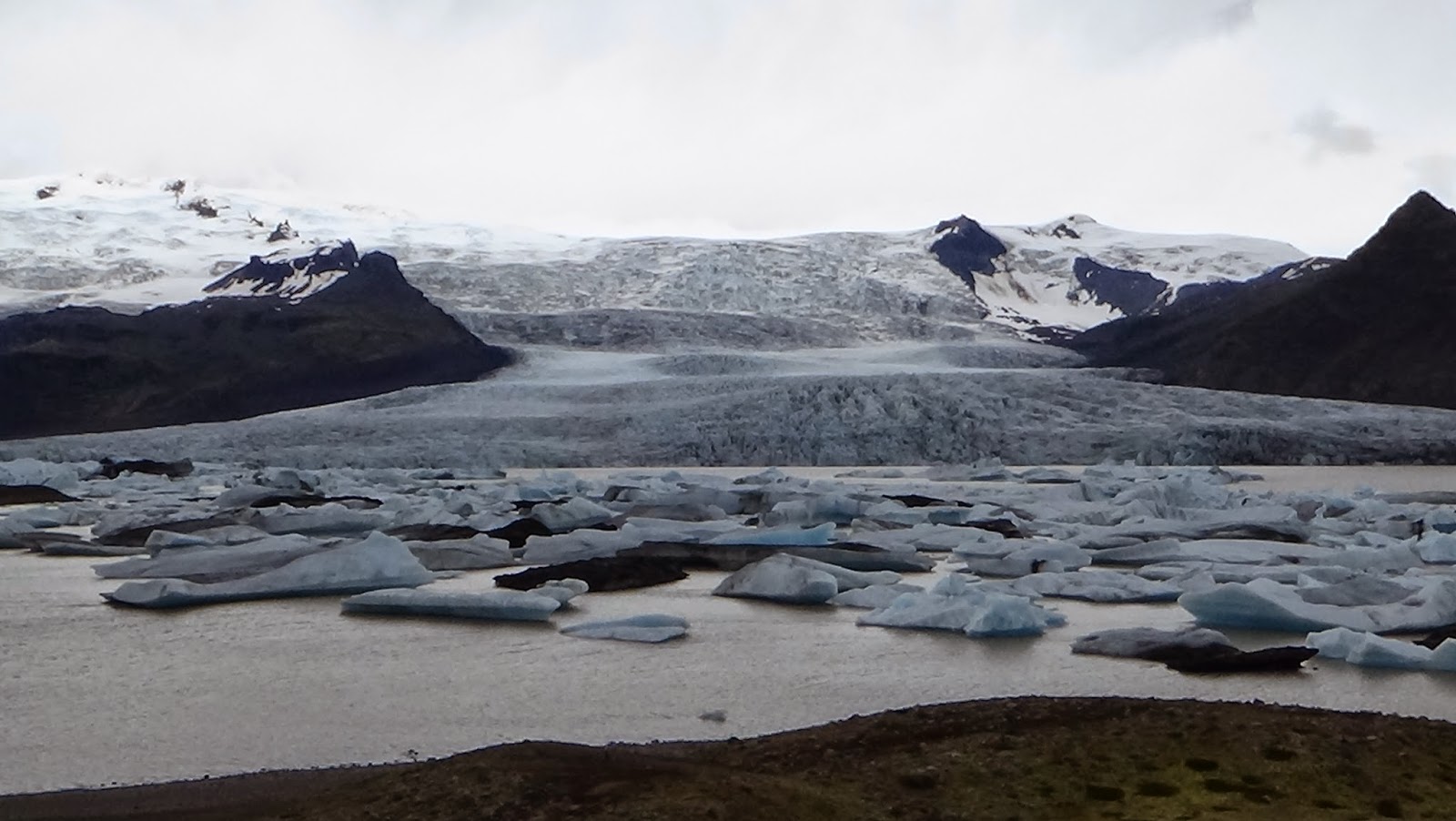 On the way west we kept seeing cairns (human constructed way-finding pile of rocks).  Every once in a while we would see “paranormal cairn”, a two ton rock perched on top of a four ton rock, out in the middle of no where.  Is it a cairn, a glacier rock formation, entering troll country? 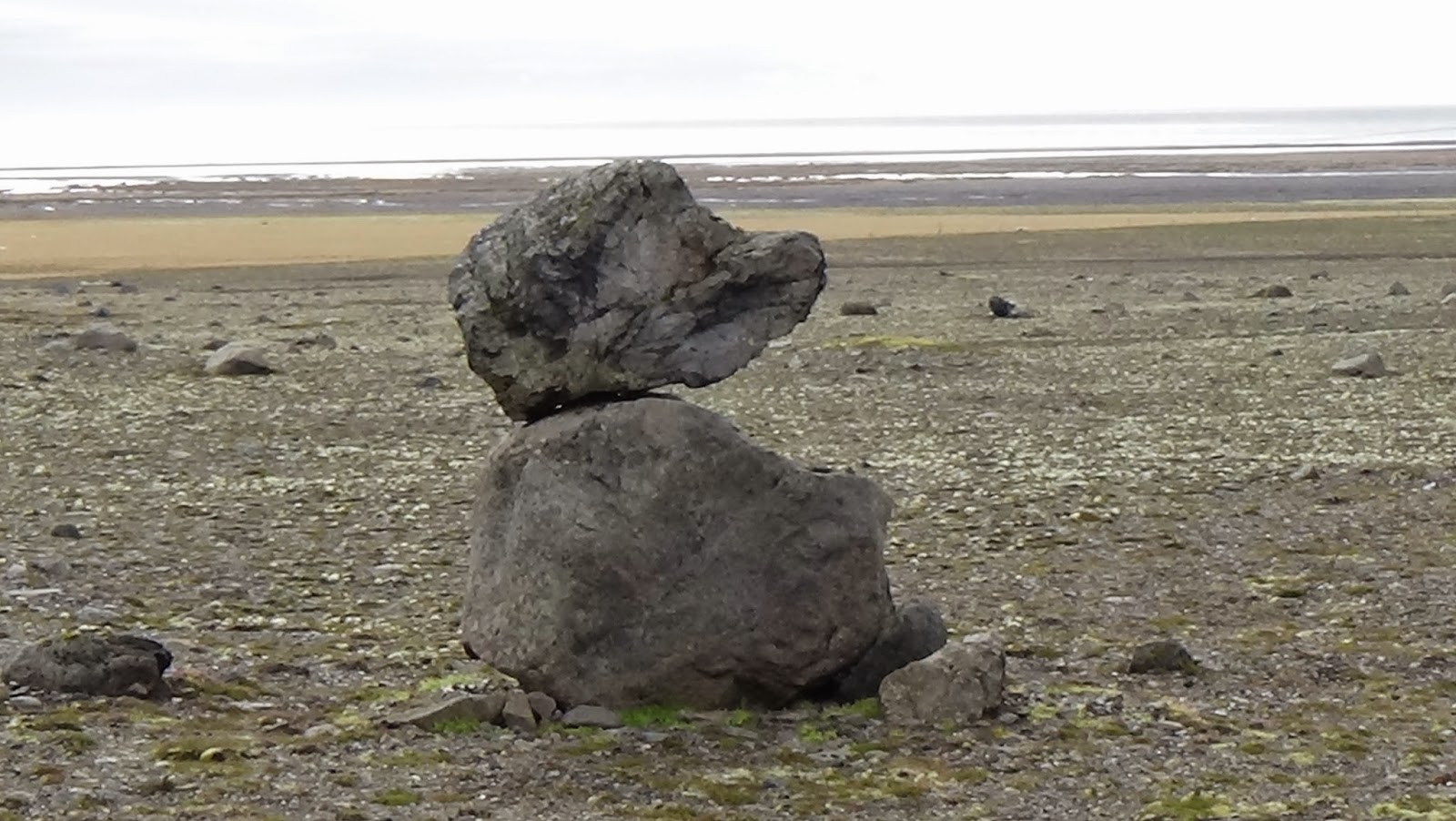 We stopped off at Svartfoss, a classic waterfall with basaltic rock formation.  I was going to fly it but didn’t want to disturb the tourist. 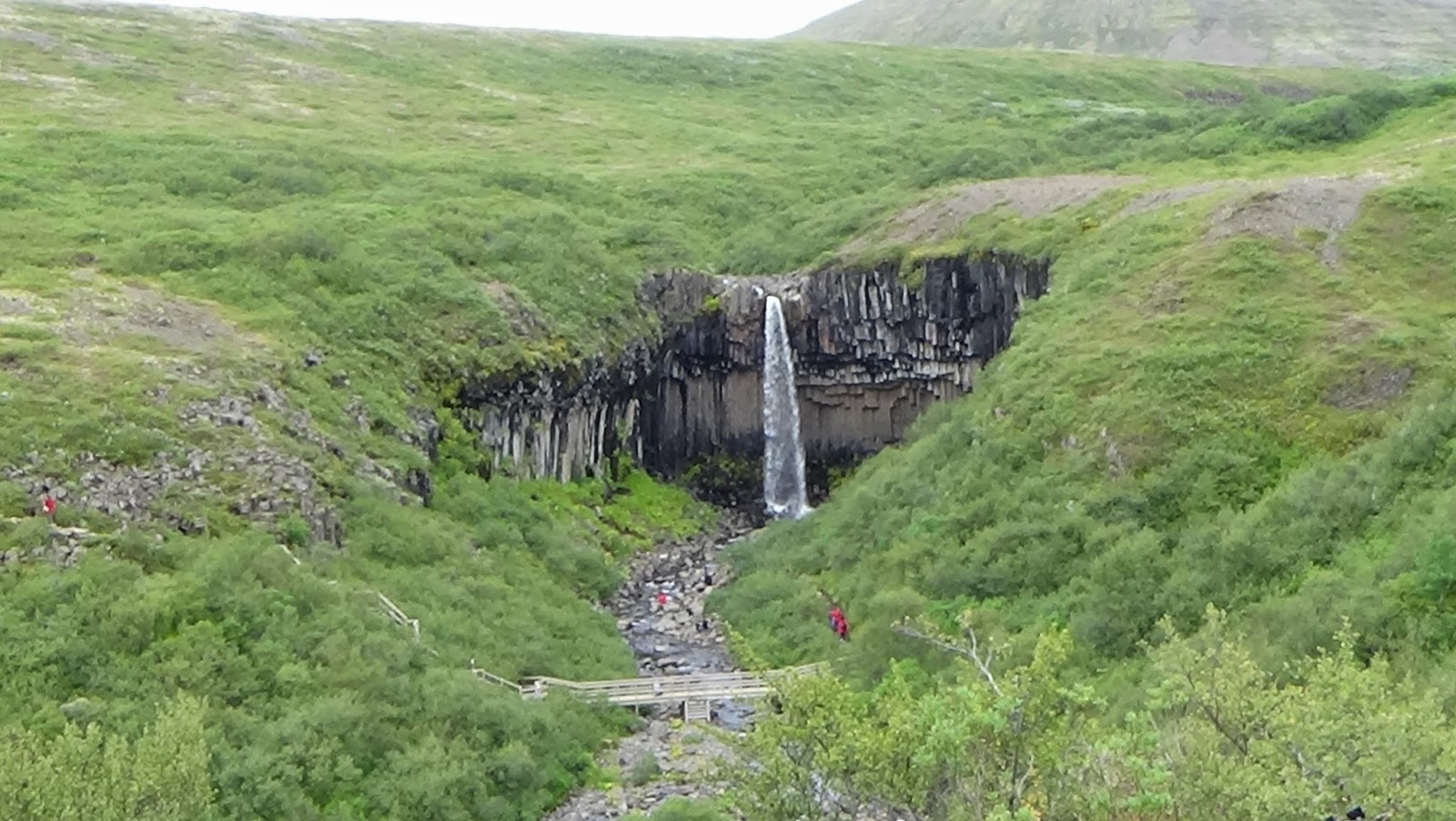 Running out of gas so we made a pit stop at Kirkjubaejarklaustur, Klaustur for short; it means “church farm cloister”.  Their petrol cost $9 a gallon and stocked-up on “meat stew”, $11a bowl.

So much to see, on the way to our 10th Open Forest we stopped:
at Fjadrargljufur Gorge a beautiful eroded canyon 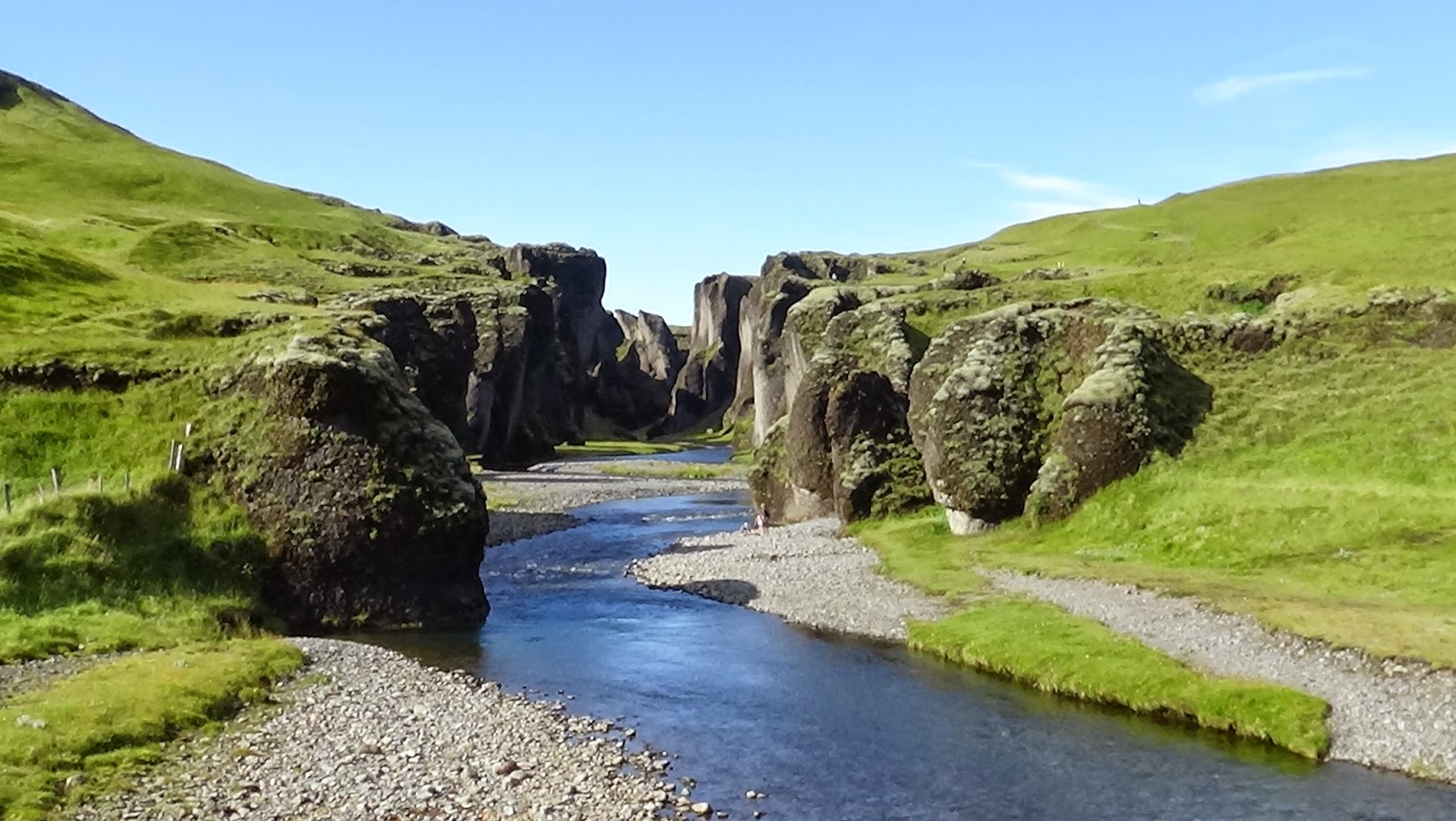 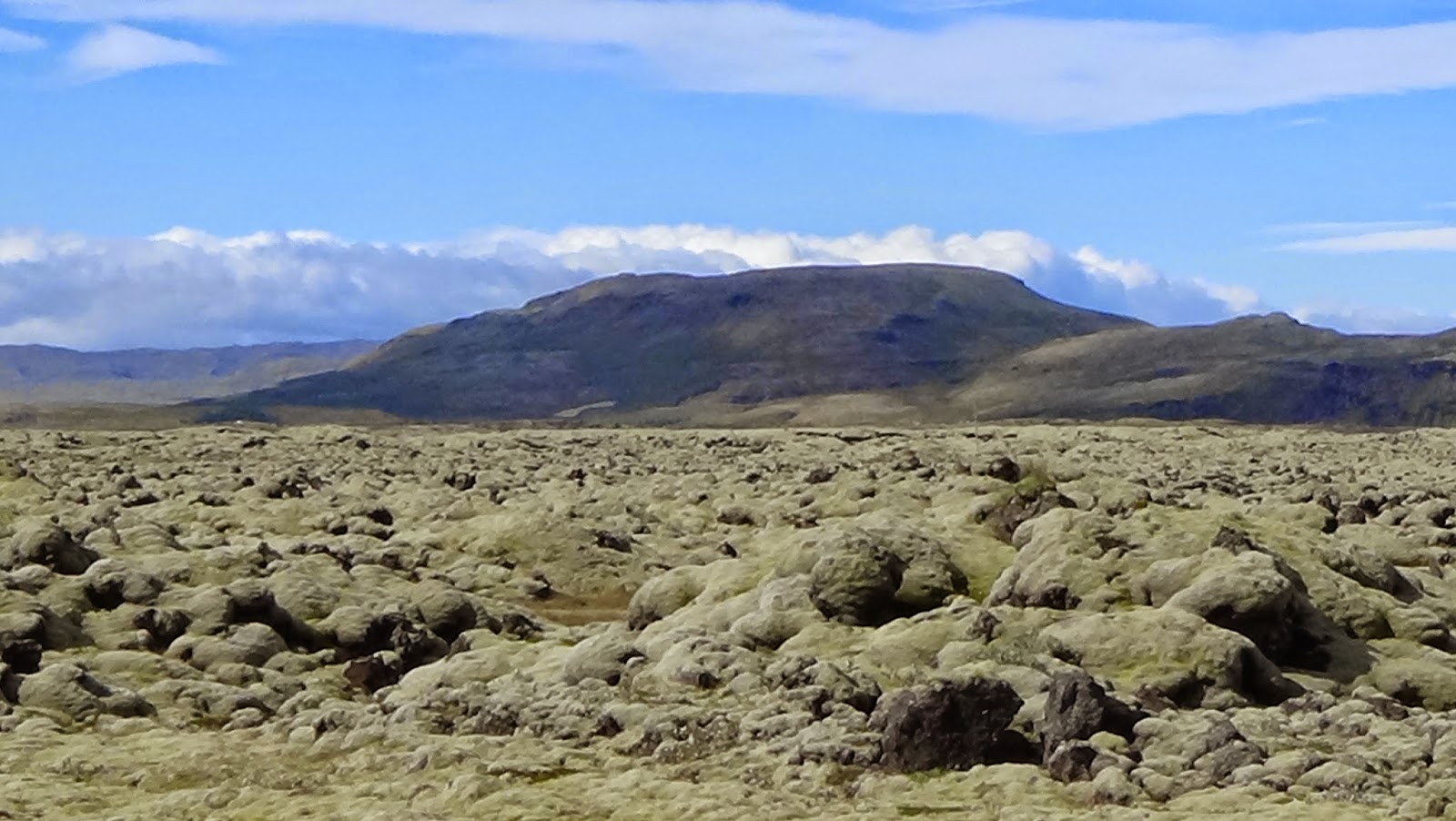 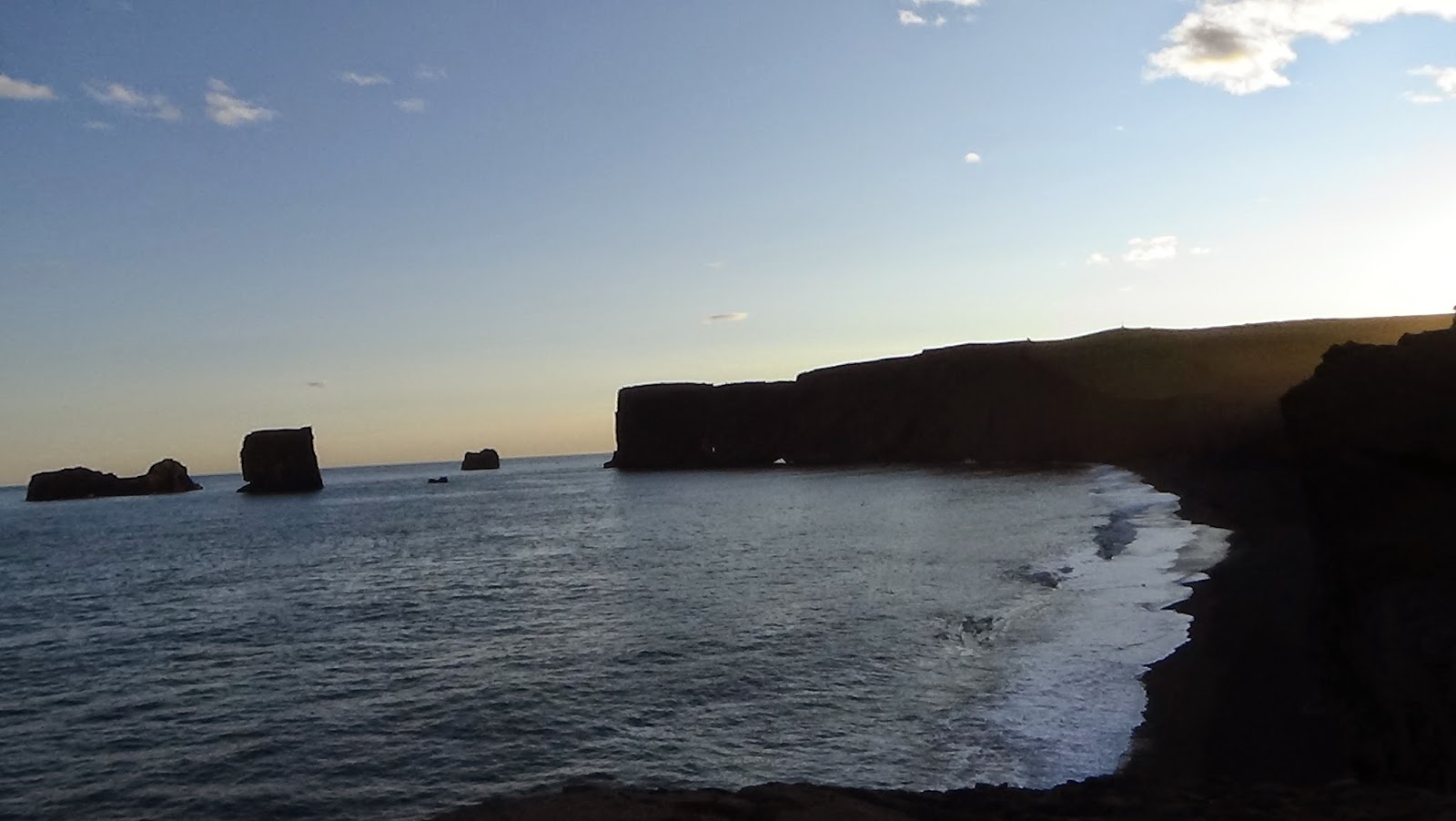 Finally late in the day we made it to Volvuskogur Forest #10.  It was part of the University Campus landscape.  Not much in the way of amenities but obviously a favorite of the hitch hiking backpackers.  Camping is not allowed in the Open Forest but many are used when affordable accommodations are rare. 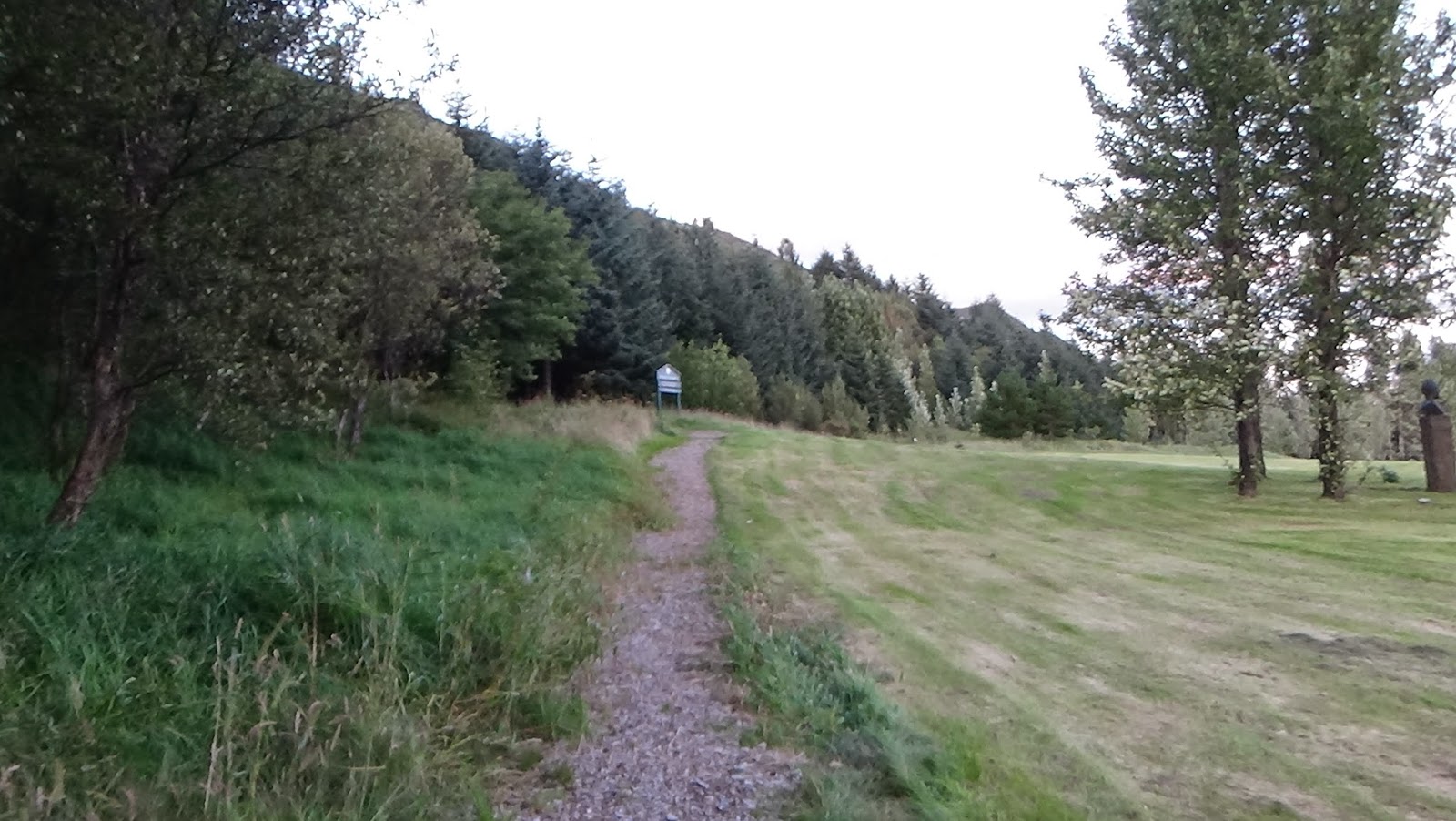 Ended up the day with Garrett, alone, taking on Skogafoss, one of Icelands largest falls (90’ wide, 200’ fall). 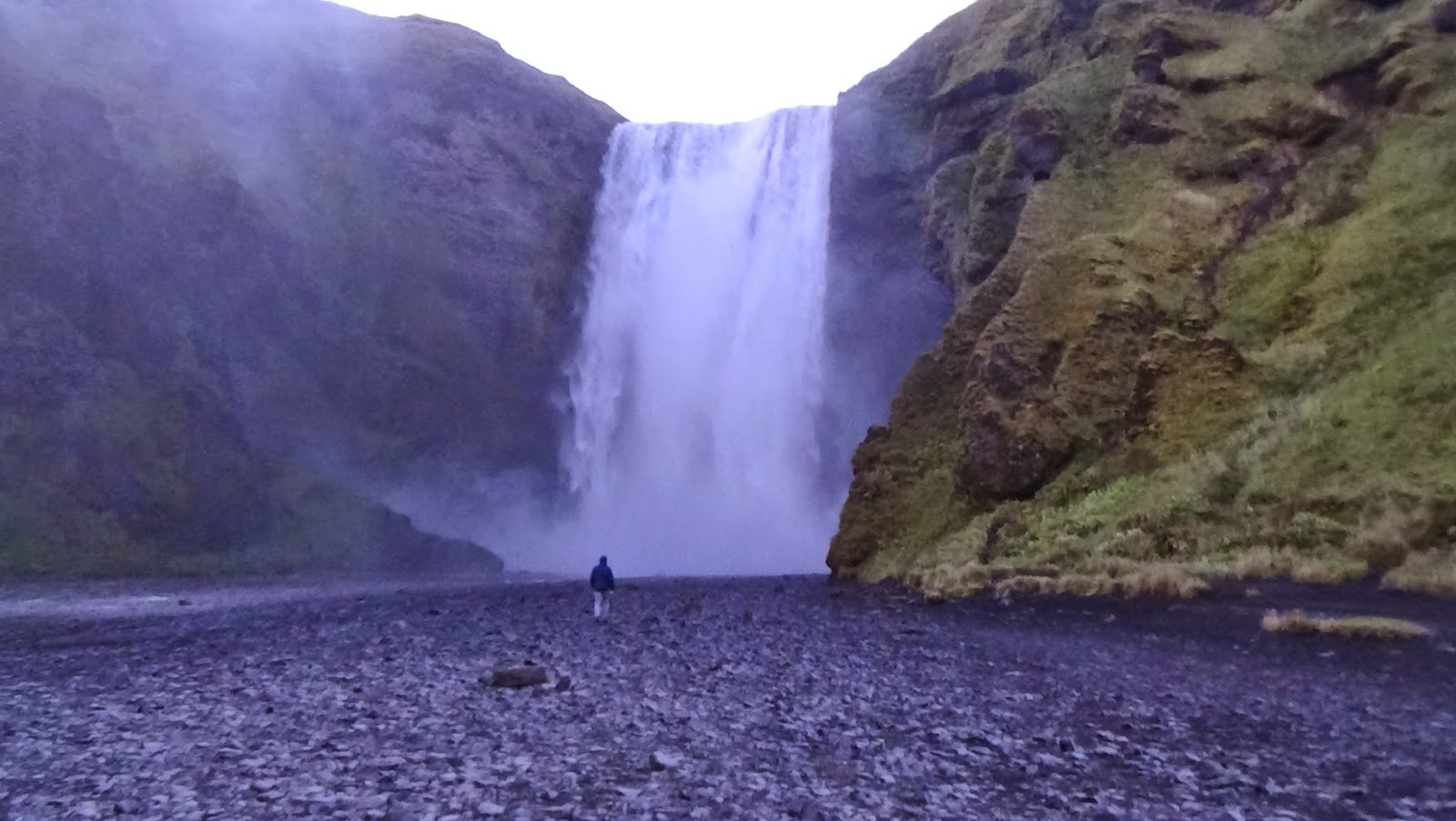 Spent the night in Hella and traveled 200 miles

Posted by Stivers and Associates at 2:50 PM No comments:

The town of Egilsstadir is on the east side of Iceland, about 20 miles from the coast.  We're running out of Iceland so we have to head south on Hwy 1 along the Lagarfljot (fiord lake) where legend has it the "Lagarfljot Worm Monster" resides.  We looked for it but didn't see it.


Somewhere south of Egilsstadir is Eyjofsstadaskogur Forest, # 8.  We didn't find it but did find the Hallormsstadarskogar, Iceland's largest stand of continuous forest - parts are dedicated national forests.  It's a mix of conifers and birch.  We stopped at several locations and found well-managed facilities, clean camp grounds, an arboretum, well defined trails and roads, a Christmas tree farm, interpretive signage (some in English), day cabins, picnic areas (with BB & tables), play fields (soccer, a.k.a. futebol?), streams, waterfalls, and palatial, clean restrooms.   And there's a bonus:  at the south end of the Lagarflot, and very close to camping sites, is Iceland's second highest waterfall - the beautiful Hengifoss.


A mile and half east of the coastal village of Djupivogur, we found Halsaskogur, Forest, #9 on our list.  This forest has a lot of character.  It's a mix of birch and conifers, meadows, beautiful cliff and rock formations, an amphitheater, farm ruins, a sheep's fold, picnic facilities, even a hidden cave used to evade "Turkish" pirates in the early 16th century.   Halsaskogur was formally opened as an "Open" forest on June 21, 2008, by Kristjan Por Juliusson, a member of parliament.
Heading south to spend the night in a small town called HOF at the base of Vatnajokull, Europe's largest glacier and second largest national park (yes Iceland is considered part of Europe). The Vatna Glacier covers about 8% of Iceland.

Total miles traveled: 260 miles
Posted by Stivers and Associates at 9:57 AM No comments:

Today we're more tourist than travelers; no Skogur Opinn Forests visits on our list.  We're heading south to the Myvatn area and then east to Egilsstadir (pop. 2,260) where we spend the night - about a 160-mile trip.  Daylight arrives early around 4 am  (5:30 am sunrise) and last until about 11:30 pm (sunset 9:30 pm).   The sun swings a low arc across the southern sky resulting in a day that seems a perpetual "happy hour" (5 pm).  With nineteen hours of day light. My son, Garrett and I get our money's worth.

The Myvatn area, made by a volcanic fissure eruption, has a beautiful crystal clear lake, volcanoes (cones), geological formations and a small (32 acres) forested peninsula on the east shore.  The forest has a mix of native birch, scrub birch and conifers, mostly spruces and pines.  It has excellent trails, clean restrooms, a formal woodland garden (private) and way finding signage.

So where's the Iceland conifers?  There's only one native Icelandic conifer and that's the juniper (Juniperus communis). I'm embarressed to say that on my observation science journey, I never found it.  However, the Icelanders have put the Juniper to good use, they make a great gin (VOR).

Further down the road we found and scaled the Haverfjall Crater.   It's a classic black cone volcano (technically a tephra cone) with a two mile circumference rim trail and it's 3,300 feet in diameter.  It looked like moonscape!

Back on the road to stop off at Dettifoss and Hafragilsfoss (waterfalls). Spectacular - I was able to fly these waterfalls with my Phantom 2 drone (A.K.A. the Intrepid) - video is pending. I used the Intrepid to help record my journey and capture a "sense of place".

We traveled through the barren and lonely Jokuladasheidi.  It's a desert - a weird and eerie stretch of Hwy 1, something out of the "Lord of the Rings."  Luckily, no sight of Orcs or Ringwraiths.

Total miles traveled: 260 miles
Posted by Stivers and Associates at 9:31 AM No comments:

ICELAND DAY 4: THE NORSEMEN WERE ASTONISHED


From Akureyri, we had to back track about twenty miles to find Laugalandsskogar Forest, which was #6 on our list .  This forest used to be part of a farm: "Historical records from 1712 describe the farm as containing patches of forest suitable of fuelwood gathering, but not large enough for coal production."  The forest has Lodgepole Pine (Christmas trees), Birch, Larch and Norway Spruce.  Akureyri Junior College have adopted the forest providing some maintenance and forest expansion through the planting of trees.    When Norsemen arrived in Iceland during the late 9th century, the forest consisted of mostly Birch (Betula pubescens), Rowan (Sorbus aucuparia), a rare Aspen (Populus tremula) and Willows (Salix phylicifolia).  In the sheltered valleys, the Birch would reach heights of 50'.  The fossil record shows that 3 million years ago, Iceland was warmer and covered with Sequoia, Magnolia, Sasssfras and Glytostrobus.  Global warming could benefit Iceland's afforestation efforts.

Heading north we took a pit stop at Godafoss (waterfalls) where in the year 1000, the head law maker decided that Iceland was going to be Christian and tossed his Norse idols into the falls.  (Maybe a future scuba dive?)

We found our next guesthouse in the coastal town, Husavik, checked in and set out to find Akugerdi Forest, 7th on our list.  Akurgerdi Forest has a arboretum in development and a wide variety of flora and fauna.  Evergreen trees (spruces, pines and firs) from Alaska, Russia and Canada are thriving. The forest is 30 miles from the Arctic Circle, is diverse and demonstrates the ability for afforestation.

Total miles traveled: 160 miles
Posted by Stivers and Associates at 1:00 PM No comments:


Since 1990, the Icelandic Forestry Association (public / private), in co-operation with the Iceland Forest Service and the Soil Conservation Service (state agencies) are the primary agents of afforestation.  Since the 1970s, the bulk of afforestation activity have been on farms.   These farms are in areas where previous forest existed - within 50 miles off of the coast.  Today, there are over 700 privately-owned farms that have developed forest generally around their homestead.  These forests range in size of less than an acre to several hundred acres.  The forest are used for habitat, erosion control, wind protection (very windy in Iceland), building material, fuel, barn bedding, and Christmas trees.


On the way north to Akureyri, (Iceland's second largest town, with a population of 17,750) we stopped to see Hraumfossar (falls), Barnafoss (falls) and the Grabrok volcano. Busy day, traveled 250 miles.

Posted by Stivers and Associates at 12:44 PM No comments: 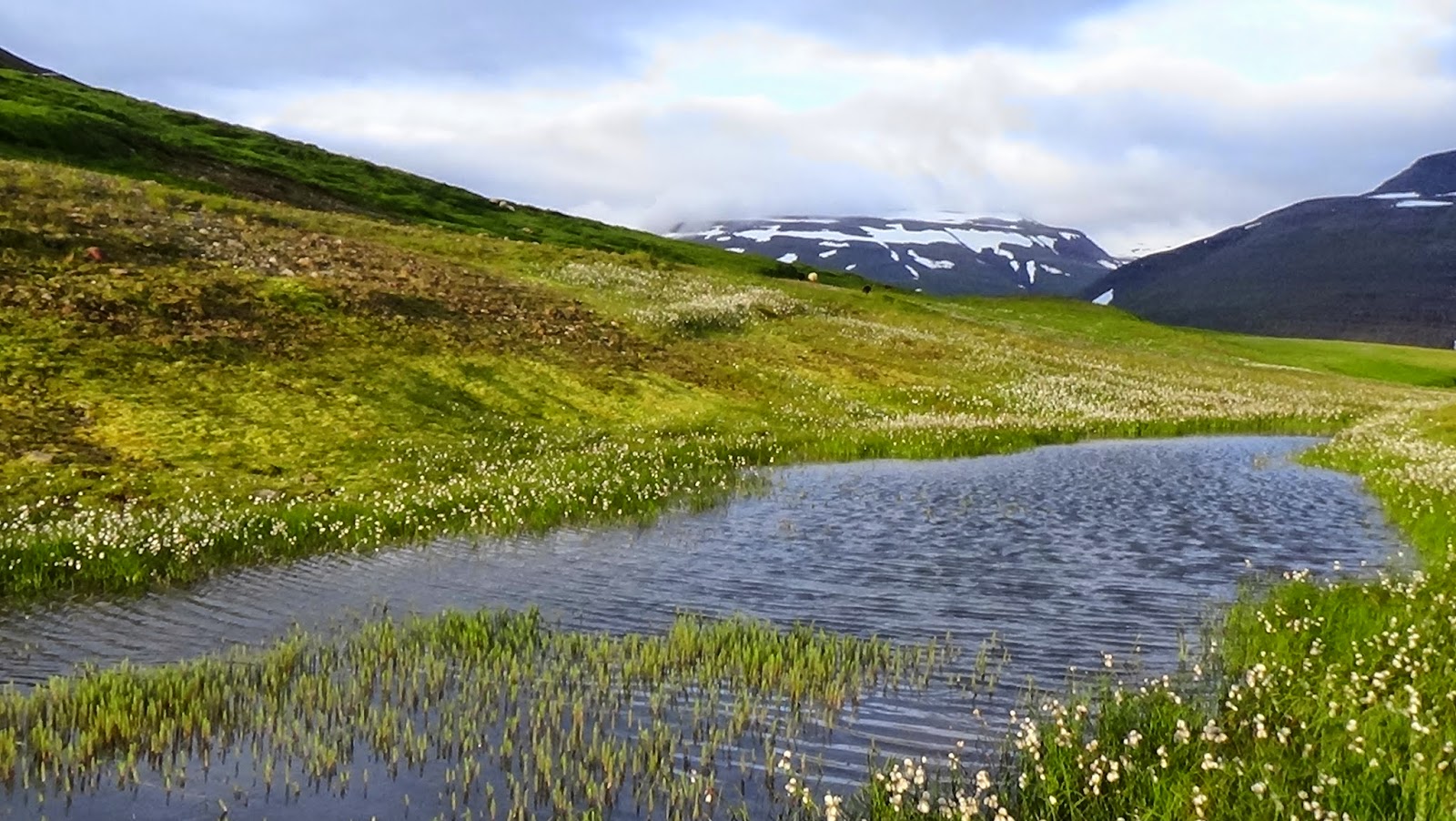 This is day two and we are now in north Iceland in a town called Akureyri, the second largest town in Iceland.  The weather ranges from very cold 40 degrees up to 55 degrees, with a constant wind of 20-30 miles an hour.  The drone is having a rough time staying up against the winds, but is still holding up.

We have visited five "Open Forests"  (Skogur Opinn), Fossa, Hofsstadaskogur, Trod, Danielslundur and Hrutey.  I have a total of eleven to visit.  These are public/privately funded forest that provides recreational resources (trails, picnic, scenic views, habitat and education).  The goal is to demonstrate to the public the benefits of the forest resources, conservation and afforestation.  The long term goal is to reestablish lost forest - Iceland is going to need the public's help.  Currently approximately 2% of the public belongs to a forest resource conservation society.  They do have the interest but lack funding. 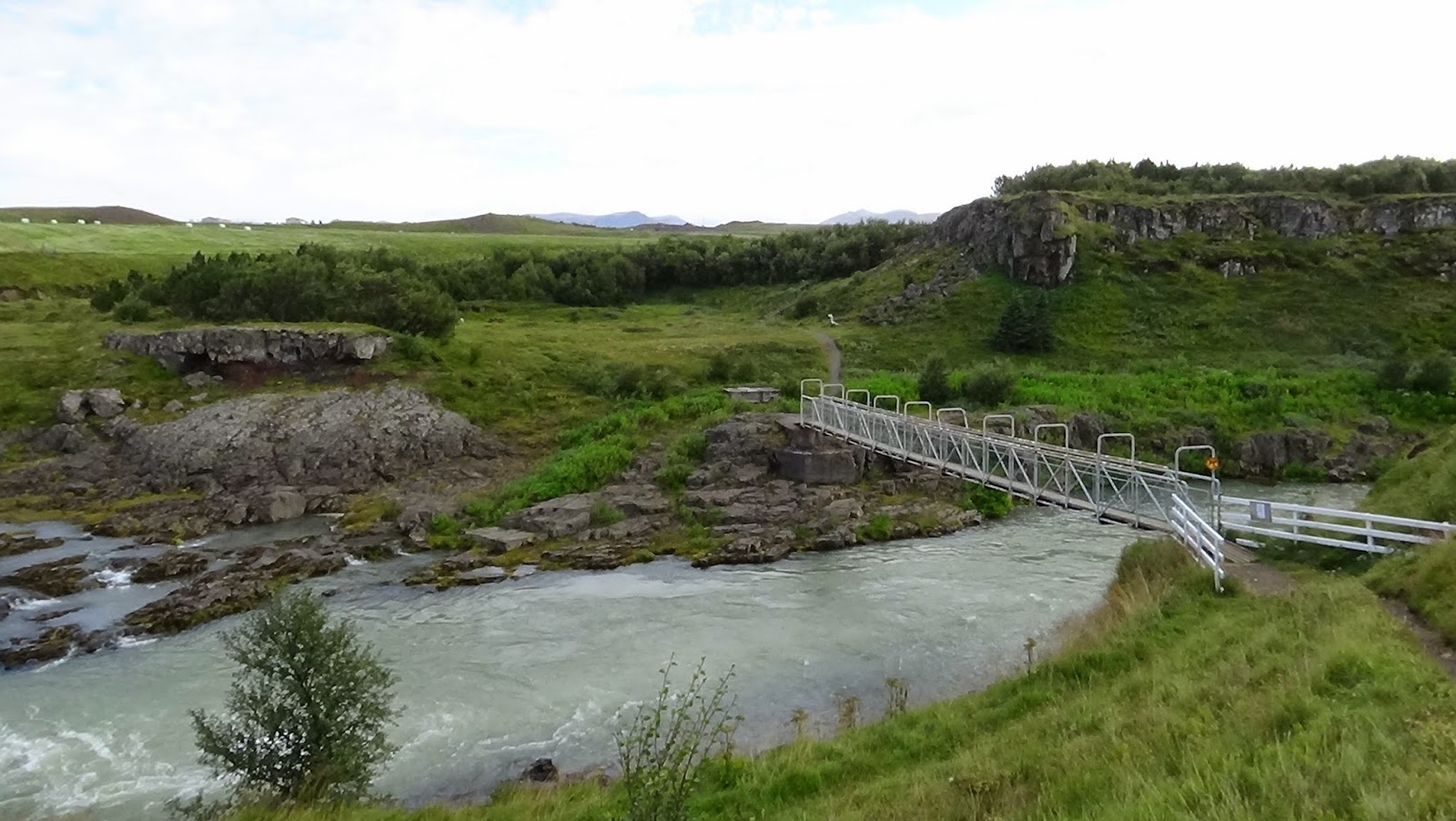 Hrutey forest, in the town of Blondous (north Iceland), is by far the most interesting.  It is situated on a 30 acre island plateau in a salmon river.  Extreme conditions: raging water, creaky bridge to the island, very cold, wind gust to 40 mph - can't fly the drone there.   There's incredible plant diversity.  The meadows are 2'-3' deep with flowering plants, grasses, forbs, mosses - it's like walking on a sponge.  We are stepping in vegetation up to our waist - it's a little creepy since the locals think that fairies an elves inhabit these places.  Actually the only wildlife on the island are birds.  We came across several ground nest with clutches of 4-6 eggs about twice the size of a chicken eggs.

It amazes me time and time again, that somehow "life finds a way" to exist and sustain itself - even in the most remote and stormy areas of the world. Life finds a way.  Do you know that movie quote?
Posted by Stivers and Associates at 12:25 PM No comments: